You know you’ve had that sudden urge for an afternoon pick-me-up treat, something sweet and refreshing, only to realize that you’re too busy to step out of the office for a few minutes and satisfy your craving. With Ben & Jerry’s latest outreach effort, you’re in luck! With a little social media savvy-ness and a worthwhile cause, you could have Ben & Jerry’s come straight to you to serve up scoops of peace, love and the company’s brand new, refreshing Greek Frozen Yogurt - just in time for an afternoon spring fling. 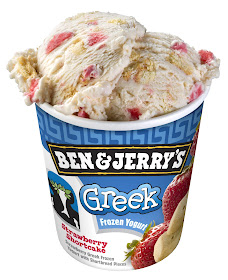 From June 25th through August 3rd, the Ben & Jerry’s Scoop Truck will tour New York City, stopping at local businesses, non-profits and community events. While giving away scoops, cups and cones is nothing new for the Vermont-based ice cream company, the stops that it will be making – and more specifically, how those stops will be determined – are different. “Traditionally, when companies sample their product they stay at one spot, serve tiny little samples, and hope that consumers can find them,” said Jay Curley, Integrated Marketing Manager at Ben& Jerry’s.


The truck will feature this year’s new Greek Frozen Yogurt line-up, which includes:


So get online! Follow the truck on Twitter @BenJerrysTruck and check out www.facebook.com/benjerry.  New York City isn’t the only stop on the truck’s tour. The truck was recently in Miami after spending several weeks in Washington, DC. Later this summer, the truck will visit Boston. To locate your favorite flavor or find a scoop shop near you, visit www.benjerry.com.


To help get you in the ice cream state of mind, B&J along with financefoodie.com is excited to give one lucky reader a Ben & Jerry's swag bag filled with some really cool (literally!) stuff 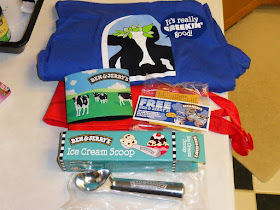 
There are THREE ways to enter
1. REQUIRED: In my comments section, tell me what is your favorite Ben & Jerry's ice cream flavor? (Mine is Chunky Monkey). Also please include your email address so I can contact you if you win!
2. Follow Finance Foodie on Twitter (leave separate comment telling me this)
3. Reblog / Retweet this giveaway (leave separate comment telling me this)

Contest ends Wednesday, July 18, 2012 at 5pm EST. Winners will be chosen via random integer generator on random.org announced on the financefoodie.com site shortly afterwards that night!

Disclosure: Ben & Jerry's sent me the prize pack for the giveaway. I was not compensated for this post.