Fashion week can be a lot of fun but it can also be a big mess of too many events in one day and too many snooty pr people who have to accomodate Anna Wintour types and put you on the back burner. In case you don't know it, unless you edit Glamour mag, press people have to get on the end of the line. At the Simon Spurr show, we waited 45 minutes to get in but of course the previously mentioned Anna Wintour got in exactly when the show was suppose to start -- even though a clueless security guard did not know who she was (and a publicist for the designer had to be called in). The camel-colored-cashmere-coated Miss Wintour was heard saying, "They are expecting me inside!" 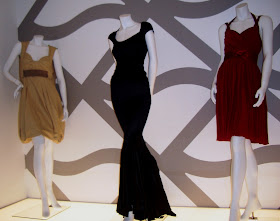 But no bitter grapes here -- we know we ain't Vogue here! Luckily, we were consoled by the ever present lounges and suites -- one of the most fun part of fashion week! Although we were sad to see that Victoria's Secret did not do one this time out (they were one of our favorites last time), there were still plenty to attend and see. This season, we visited the Nintendo Lounge and enjoyed a manicure from The Spa Chicks and sampling the Benefit cosmetics line. Did I mention Benefit is one of my favorite lines? Their eyeshadows really have staying power and the sets have such playful graphics on the boxes. Of course, since it was the Nintendo suite, we also had to check out the new handheld Nintendo DS3. It won't be available until the last week of March but has incredible 3D effects and playing the games that already come loaded in the machine is incredible addicting. 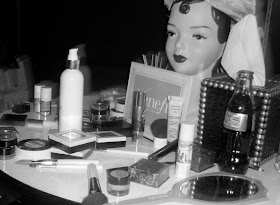 Next up was the Lia Sophia jewelry lounge. They were launching their Fall 2011 line which includes a lot of new pieces including the Cone Cuff -- we fell madly in love with the silver with blue enamel one. This industrial-inspired collection is simply called Industrielle (Red Carpet Collection), and we totally recommend checking it out on liasophia.com. Other items included leather cuffs and stretch bracelets with clear and black diamond crystals. 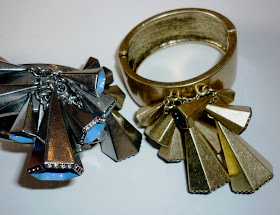 Later in the week, we hit the Polaroid booth at the WTB by Richie Sambora & Nikki Lund show at the Metropolitan Pavilion. Polaroid is putting out a big collection of their styles from the 50s through 90s soon and of course, we fell in love with a cat-eye pair that Marilyn Monroe once sported (it is actually available in both black and white). Madonna's famous clear blue plastic Polaroids from the late 80s are also in the collection, which btw is selling for a real steal at $30 to $40! 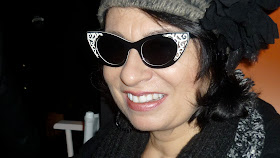 Since Polaroid sponsored the WTB, we saw Richie Sambora posing for photographers wearing different pairs along with the new Babyliss Pro V2 Volare dryer featuring the Ferrari engine. He joked that it would go really well with the Ferrari in the garage, but we hope to not see him driving on Route 80 in New Jersey blowdrying his hair and driving at the same time! 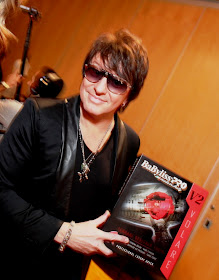 On the last day of Fashion Week, we hit the Spanx Lounge and took one of their "red carpet" pics sporting the Spanx Red feather boa and heart-shaped sunglasses -- the backdrop featured famous Spanx wearing including Oprah Winfrey (which we got a chuckle out of). 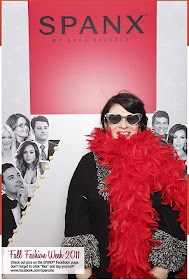 We also got to check out the new Spanx swimsuits for Target (we were not allowed to shoot them as they are still under lock-and-key). Also not to be missed was their Assets line, which includes a combo slip, a support panty-in-one, and a rather unique item that we should just say must have been inspired by the world famous Frederick Of Hollywood's Fanny Former! 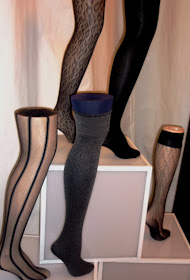 Now it's time to retire...until Fashion Week for Spring 2012 arrives!