The parties are the lounges are really what some fashionistas live for—especially for those dying to strut their stuff on a “step and repeat” and get their names out there in the press. I personally prefer the more low key events where I can sip a cocktail, get my nails done and mingle with friends.

The Jordana PR ‎Pre-Fashion Week Pop-Up Fete was held at Millesime Lounge in the Carlton Hotel and it got the ball rolling for NYFW parties. There were fantastic and highly creative fashion and accessory designers but I fell particularly in love with Black Lace Skin Jewelry, an elegant temporary tattoo that can look either glittery or velvety here. The owner Mary Anne Richman comes up with the flowery Goth designs herself and had a team applying them to guests. (Her designs also ended up in several runway shows including Malan Breton.) At Jordana’s party was a fabulous silent auction table that included a framed copy of Abbey Road signed by Paul McCartney and Ringo Starr and a white Gibson guitar signed by all the current Stones. The same night Christian Siriano launched his first fragrance at a storefront in the Meatpacking District to a fun house of VIP guests and models wearing his most flamboyant gowns.

Black Lace Jewelry ended up having their own soiree the last night of Fashion Week at The Attic on West 48th right next to another party I was invited to by newbie NYC-based evening bag designer Kamran Ali. To say these bags are elegant is an understatement. Ranging from $300 to $600 each, they combine semi-precious stones with gorgeous beadwork. 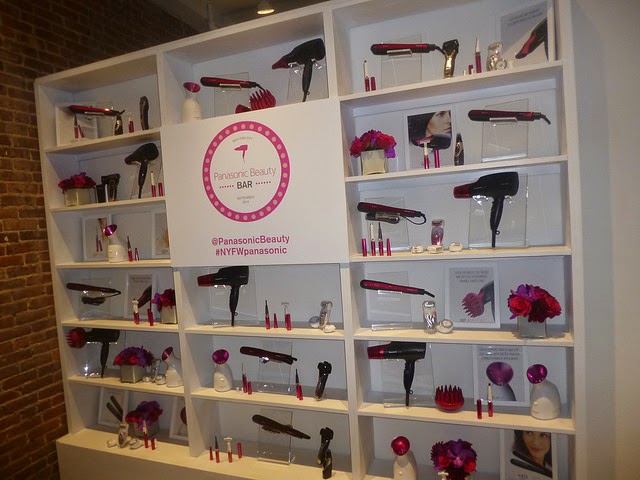 The Panasonic Beauty Bar held at Salon CK on Broadway close to Lincoln Center is always one of the favorite beauty-oriented lounges during fashion week. I got a great mani with one of the new colors from Jamberry Nail Lacquer and sipped on Skinny Girl’s alcohol-free pink grapefruit drink, while checking out all the latest Panasonic appliances and tech gadgets. Guests were also treated to blowouts and makeovers. 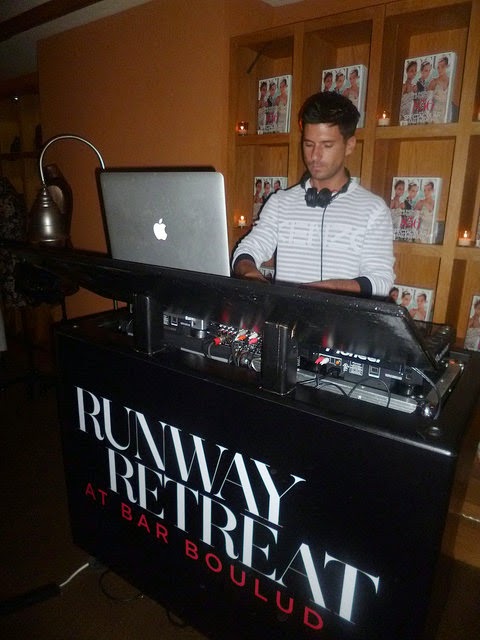 The Vogue Runway Retreat party kicked off a whole weekend of their wonderful suite which includes getting to see the latest looks from Brahmin handbags and Toms footwear, not to mention getting makeovers with new Urban Decay products including their super nude new eyeshadows. This lounge had the greatest grub since it was held in the private downstairs rooms of Bar Boulud, directly across from Lincoln Center, and it’s nice that they always have a conference room where journos can file their stories and recharge their devices.

Angelo David Salon near Grand Central held a full week of hair and nail services for press and celebrities during Fashion Week, presided over by Angelo David himself. It was nice to actually find a lounge that did haircuts and not just blowouts, especially since their work is very cutting edge. This is a salon that does a tremendous amount of work for charity and has been of especially big help to ladies who have lost their hair due to chemo treatments.

Outdoors in front of the NYFW tents was the popular lounge called the Zappos Recharge Station guests walked the runway wearing items sold on the popular website and enjoyed gift cards, clothing and accessories raffles every half hour. Blue Print Cleanse provided their fabulous naturally healthy juice blends to everyone who attended, and it was nice that this retreat was open to the public. 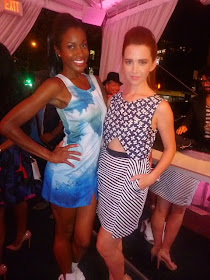 Also outdoors but near the Apple Store in the Meatpacking district was the Barbie Designed To Inspire NYFW party—where soft drinks were served and people came by to see models dressed in Barbie fashions behind glass (which looked like new Barbies in boxes)! 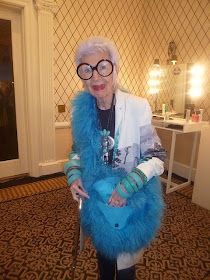 At the HSN Suite on the Empire Hotel mezzanine, HSN designers and execs mingled with press. Brands on display were G by Giulana Rancic, Snob Essentials by Tina Craig and Kelly Cook, June By June Ambrose, Rara Avis by Iris Apfel, KO Stories by Kelly Osbourne and more. Visitors got hair makeovers by Sally Hershberger’s team and it was nice to be able to meet one on one with designers. I love to always check out what 92-year-old Iris Apfel is wearing! 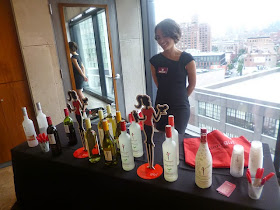 I had a blast at the TechSTYLE Lounge, another favorite during Fashion Week. This was held at The House of Bumble and has the greatest diversity of booths. Everyone from SexyPop to Skinny Girl and a fantastically versatile new fashion company called Stitch Southampton were on hand. Sponsors included Auster, Flickable Lip Gloss, Pinch Me monthly sample product boxes, GoGreenRide and Mamak food on the go (they served a mean curry puff and rice with veggies)! 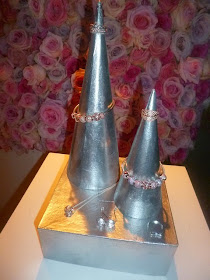 The Pandora Jewelry crew was on hand to preview their new Rose Collection at a booth in the NYFW Tents but also threw a great party on the Empire Rooftop that included about eight different types of handmade pizzas and spectacular jewelry (now that’s a combination that never misses)! 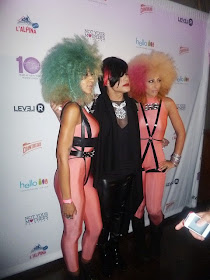 Also on the Empire rooftop was a party for Carmen Electra thrown by Brandsway Creative that brought out the most freakily dressed fashion folks, many with a rock and roll attitude—but does that really surprise you. The fashion folk got their drink on with the fruit infused Myx Fusion Moscato (aka Nikki Minaj's choice bev) and got their snack on with Beanitos chips. Ms. Electra seems not to age and wound up at several of the shows, including the ultra-popular The Blonds.

Other lounges that were around but that I did not have time to attend. But there’s always the next Fashion Week!