This past Saturday, I attended a very fun and very girly party at La Dolce Vita Salon & Day Spa in Back Bay Boston. Hosted by Kristin from BeautyXpose.com and Dove, our party was treated to manicures, pedicures, and “piticures” (more on the last one later). 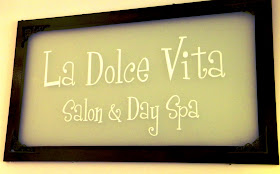 Now I’m not one who is incredibly into getting my nails done – as a Nervous Nelly nail bitter, I’d always worry about swallowing chips of (possibly poisonous) polish. But since I trusted that my beauty expert friend Megan (who invited me to this event) would take me to only the coolest and yummiest of spots, I agreed to go.

The first treatment I received was the mysterious “piticure”. I was a bit nervous embarking on this unfamiliar treatment, but my piticure specialist (and owner of La Dolce Vita) was super friendly and nice enough to explain each step of the process. Basically, a piticure is an exfoliation and massage of the armpit – basically a wax without the painful hair removal! It was a bit strange having someone else put on (Dove, natch) deodorant for me – the last step in the process – but my armpits did feel quite smooth and “relaxed” afterwards. On to the manicures and pedicures. Each guest randomly was chosen to get either a manicure or pedicure – I ended up with a manicure. Truth be told, I would of rather gotten the pedicure (as I don’t bit my toenails), but they did such fantastic job, I just might have to give up my nail biting habit! 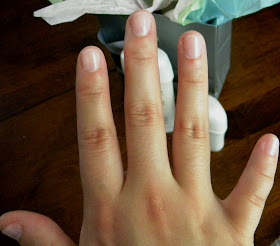 Megan getting her pedicure while catching up on the latest Hollywood gossip.

After all the guests finished their treatments, we were all sent home with Dove deodorant for (perhaps?) at-home piticures. 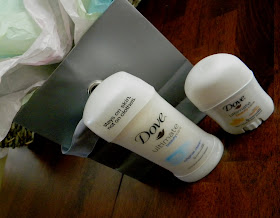 All and all, a very beautiful Saturday morning!