JJ Foley’s Bar and Café – opened in 1909 by Jeremiah Foley - is the oldest family owned local bar in Boston. On most nights, you can find the whole Foley family behind the bar, managing the front of house, or chatting with guests – many who have been regulars for decades. 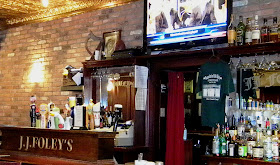 Last week, I had the honor of having dinner with Mike Foley, great grandson of Jeremiah Foley at the JJ Foley’s South End location. Over shrimp cocktail, lobster mac and cheese, and a chicken salad, Mike talked about the history of JJ Foley’s and how the place had changed over the years, but yet has remained an institution in the Boston dining and bar scene.


Finance Foodie: First, congrats on the longevity of JJ Foley’s – it’s certainly been though a lot (i.e. the Depression, Prohibition, etc.) Can you talk to me a bit about how long you have been working at JJ Foley’s and what your role is in the family business?

Mike Foley: Thanks. Yeah JJ Foley’s is a fourth generation business and I’ve worked here full time for over 13 years and a little more part time. I do everything from bartending to ordering to manning the door – whatever needs to be done. My two brothers [Patrick and Brendan] also help out behind the bar and managing the floor. My father [Jerry Foley, Jeremiah’s grandson] comes in later and can usually be seen greeting the guests and taking care of the finances in the back.


FF: So a true family operation. So do you ever bring in outside help?

MF: There are two or three [outside the family] bartenders that have been here for years and a few waitress as well. Our chef was brought over from Europe and has been with us for a while too. But other than that, it’s just us – a small local close knit organization 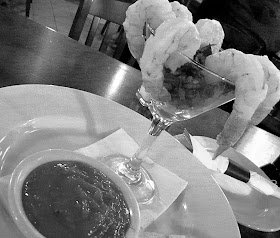 FF: Did you ever see yourself working anywhere other than JJ Foley’s?

MF: No, I always knew I wanted to go into the family business – can’t see myself as an office person 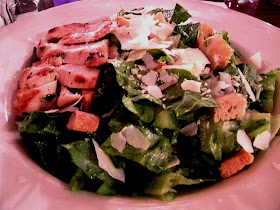 FF: Tell me a bit about JJ Foley’s has changed and evolved over the years.

MF: We opened up the restaurant part a little over three years ago in 2007. We used to be a neighborhood bar in no real neighborhood, but now we are a neighborhood bar in a neighborhood [as the South End area developed]. We have patrons that come in who have drank with my father 40 years ago and we also have people who recently moved in and bring their daughters in for a dinner on a Friday night. The later at night it’s a very locals crowd that comes in to hangout and grab a beer or two. 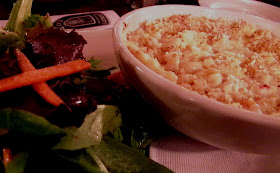 MF: Seafood pasta on the winter menu, but lobster mac and cheese on the summer menu. We change our menus by season – so four times a year [Ed Note: even though Boston feels like it only has two seasons - Winter and Summer!]

MF: A pint of Guinness. Can’t go wrong with Guinness.

FF: How do you differentiate yourself from the other bars in the Boston area?

MF: We us and we’re the real deal. We’ve been around for a 100 years and we’re not like the other Irish pubs in Faneuil Hall – we’re not putting shamrocks in your Guinness.

FF: So what’s next? Anything coming up?

MF: No I think we are good for now – the restaurant add on was a big enough project and that should last us for a while.


FF: Great thanks for your time!